BUSÓJÁRÁS – the craziest and most traditional carnival in Hungary

Farsang is here in Hungary. One of the largest event in this period is the Busójárás.

As we have already discussed it before, Busójárás is the biggest, wildest and craziest carnival in Hungary when it comes to farsang. This Festival takes place between February 8-13 in a small town, near Pécs, which is called Mohács. 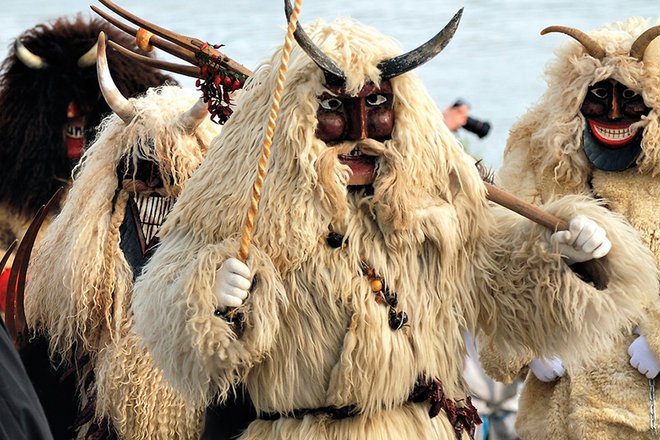 Busójárás has different historical backside stories. One of the most widely known perspective is a legend that was composed and spread while the Turks had been living in a wide, southern part of the country. The Turks had attacked Mohács in 1526 and it was exempted from the Türkish invaders in 1687.

Historically it was thought that the Hungarians scared the Turks when they were wearing their scary masks and mascaras and they made irritating and loud noise in order to appear grumpy and scary spirits.

This is also the time to say goodbye to winter and look forward to spring. This idea is a more likely pagan intention of chasing away spirits of seasons and praying for a new, fresh, fertile and fruitful year to live in.

MARCHING AND DANCING IN MOHÁCS DURING BUSÓJÁRÁS

This parade has different populartraditions.

Traditionally the Hungarians put a coffin to the water surface, and burn a mannequin which was built of dried wheat, branches and other dead plants. The dolls got women’s clothing to symbolize the spirit of winter more lively. The last step was to bulid a huge bonfire to burn the mannequin on, and to dance around.

Busójárás became one of the most famous festival in the world. It was also acknowledged by UNESCO in 2009. 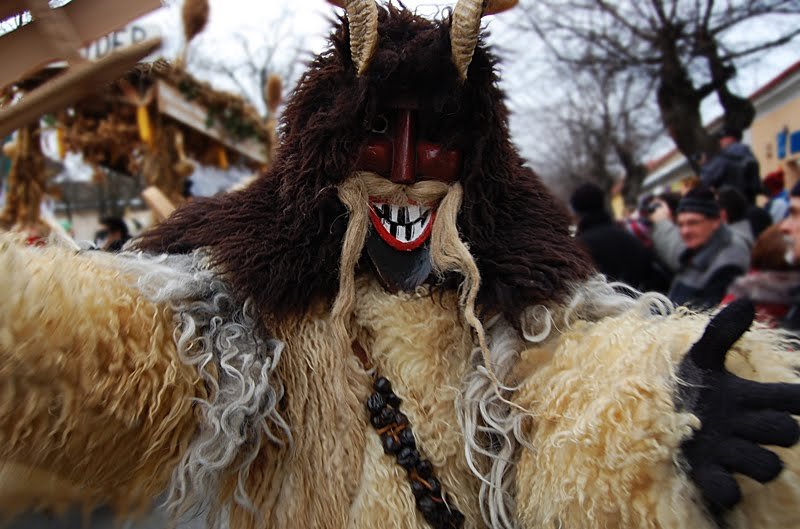 The Busós have traditional costumes made of huge fur coats, boots, corset belts from beefrope, that they use to bring with the cowbells. Their linen trousers are stuffed with straw and woodhorn. Wooden staffs and clappers they hold in their hands while marching along the streets of Mohács and spreading dreadful noise.

They make their masks by willow and historically these masks were used to be painted by real animal blood.

However, on the top of the horns playful items can be found as well, for a closer sight doughnuts, strong paprika and sometimes even sexual symbols might be discovered.

The Busós also have sacks, filled with ash, flour or sawdust, which is supposed to embody the passing season and its undebatable use in nature. 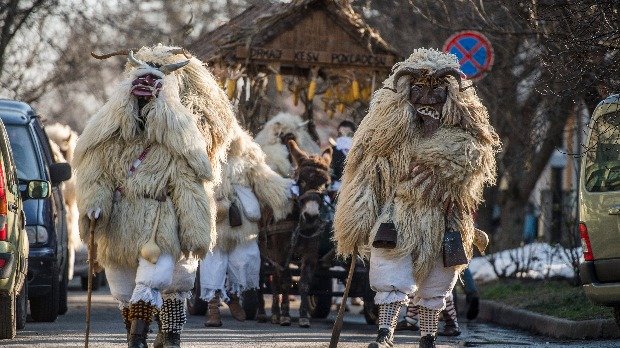 If you once visit Busójárás you will surely find traditional Hungarian folklore dancers and musicians in the middle of an ancient festival.